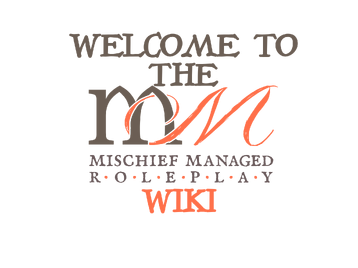 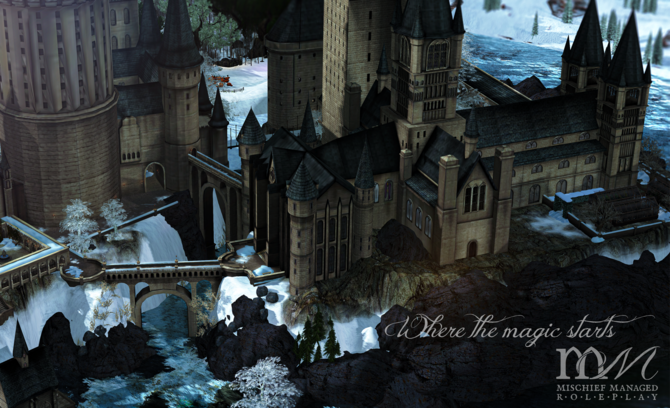 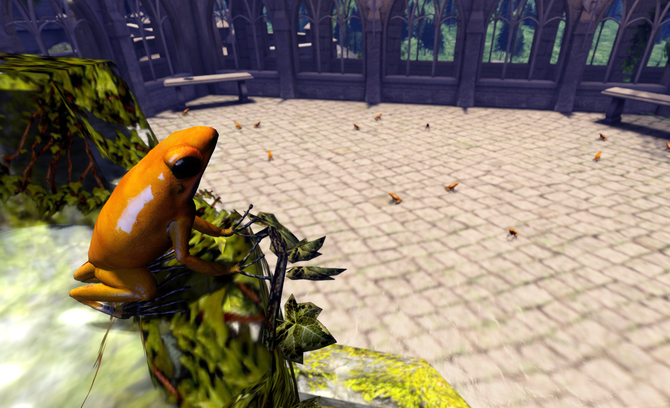 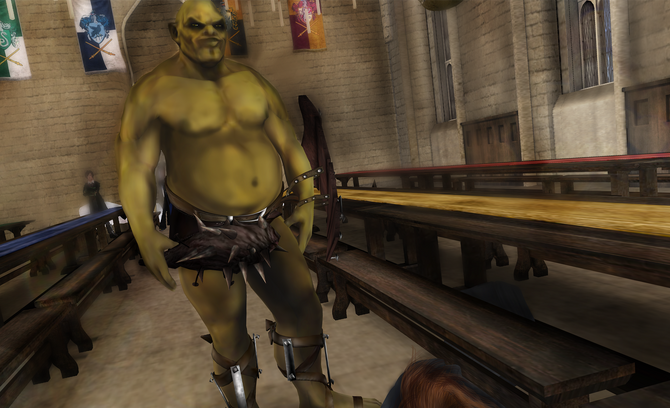 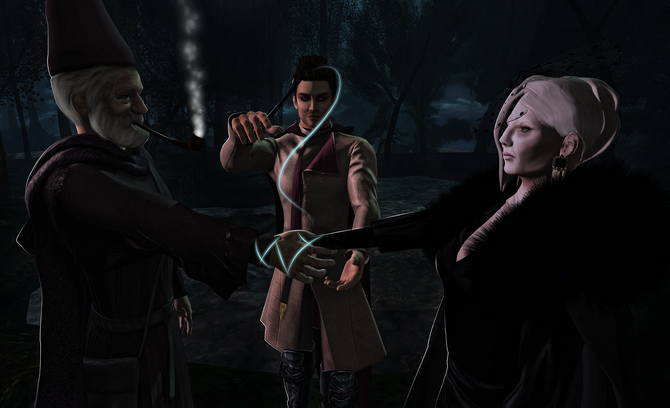 This is a fan site, more importantly, a site dedicated to the RP of Mischief Managed in SL. History is written by the students, Professors, and Various characters ACCEPTED in our role-play. Well not quite. History is written by the historians. Here anyone can be a historian. Much of what is written is a mish-mosh jumble of truths, lies, half-truths and propaganda. Do your research carefully, and never take anything you read at its face value.

If you are an approved character at Mischief Managed and wish to create a page for your character, please remember to adhere to the role-play and MM Canon rules. Author's will be asked to change details that violate this. Please keep in mind that being asked to edit isn't meant to be an attack on any one person. Not sure what's allowed? Fell free to contact an ALO or a member of the RPD.

Check out our Class by Year list and either let Kleptoheart or one of the moderators know that your character needs to be added! It's for fun, promise.

For out newly and hopefully expanding Wizarding World RP, Check out the links below for who works what and for what!

Canon at Mischief Managed: Canon doesn't exactly mean Harry potter canon to the letter. Harry Potter canon is classified in a strange way because there are different sources of the same events that occur at the same time. So Harry Potter canon may look something like this: Books>WizardingWorld>Movies>Video Games>Card Game and so on.

For Mischief Managed, we pull from all sources to create more for the role play. For example, most everything comes form the books first and foremost, but there are many spells and potions that simply were never in the books, or in other cases, more fleshed out information from sources such as the video games. But we feel would be a great addition to the role play in order to flesh out our version. What this does is create a new "alternate" reality in a sense, we call it MM Canon. This is vitally important because, Book canon, for example, would have Harry Potter's kids at Hogwarts, yet we don't have Harry Potter's kids at our Hogwarts, or at the least they simply aren't mentioned. Which makes sense because the role play at Mischief Managed is your own story and an attempt to make it a functioning Hogwarts role play, not a Harry Potter sequel. In other cases, some things that are in fact true canon may not work realistically in a role play game setting, and thus must be either omitted or changed to fit with the scope of the role play so that it provides a sense of balance and character growth. Thus MM has it's own canon, and ideally this Mischief Managed Wikia is here to flesh that out for the role players as it's source of canon. You can read more about MM Canon by clicking the words MM Canon.

Thus our job to pour over the wikia to cross reference things with MM canon. Managing a wikia can be a daunting task for one person to do alone and sometimes details slip by. However, the nature of a Wikia is that the community can help manage it too. A great tool to be used is the "Talk" page found on just about every page within this Wikia. Should things be suspect, simply create a page to discuss what edits or fixes should be made. - Klepto (RPD Admin)

A great place for a role-player to start is by reviewing the Catalogue of Books and Tomes. Many of these you can find for sale at the book store in either Diagon Alley or even Hogsmeade, but be warned, there are also many that can only be found or obtained in other ways! Once you do find a book or tome, give it a read and you can unlock the magic within, which will add the spell or potion to your journal. Journals can be found within the bookstores as well, so don't forget to grab that!

((Please do not use character info in an IC (In Character) way. Meta-Gaming is not Tolerated.))

If you have a question or need help in regards to the MM Wikia, please contact a member of the MM Wiki team

PLEASE DO NOT ADD INDIVIDUAL PAGES FOR THE APPROVED LISTS WITHOUT CONSULTING AND GETTING PERMISSION FROM THE MM WIKIA TEAM ADMIN or MANAGER!!!!!!!!!
Community content is available under CC-BY-SA unless otherwise noted.
Advertisement